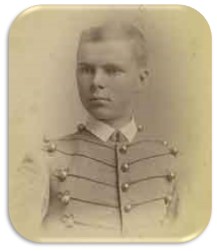 George Owen Squier was born on 21 March 1865 in Dryden, Michigan. He was appointed to the U.S. Military Academy at West Point in 1883, graduating in 1887. His first military assignment was serving with the 3rd Artillery from 1887 to 1893 at Fort McHenry, Maryland. During this time, he also attended Johns Hopkins University and received a PhD in Electrical Engineering. He had a distinguished career in the U.S. Army Signal Corps, retiring in 1923 with the rank of Major General. Following his retirement, General Squier continued to work in the communications field.

This collection pertains to Squier's military career from the time he entered the United States Military Academy in 1883 to 1923 when he retired from the U.S. Army Signal Corps as its Commanding General, with some materials pertaining to interests after retirement. Of significance are documents describing Squier's contributions to telegraphy and telephony, as well as photographs and other records illustrating his role in early military aviation. Letters written to famous scientists who were also working in communication development are found in the collection. Original publications and periodicals containing Squier's published articles in thes areas comprise a substantial portion of the donated items

The letter books from 1886-1898 and 1897-1898 have been reproduced digitally in the order in which they were bound, even though that is not always in sequential date order.

NOTE: Photograph of Squier as a West Point cadet from the George O. Squier Collection (MS11)