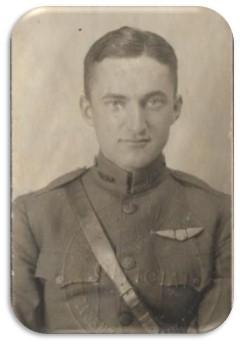 Second Lieutenant Henry Williams Dwight enlisted in the U.S. Naval Reserve Force when the United States entered World War I in 1917. He transferred to the Aviation Section, Enlisted Reserve Corps and made his first airplane flight in July of 1917. He then attended the School of Military Aeronautics at the Massachusetts Institute of Technology and completed his training with the Royal Flying Corps in Canada. Lt. Dwight was commissioned into the Aviation Section, Signal Officers' Reserve Corps in March of 1918. He was then sent to the European front and served with the 12th Aero Squadron in France and later Germany until the end of the war and with the Occupation of the Rhineland.