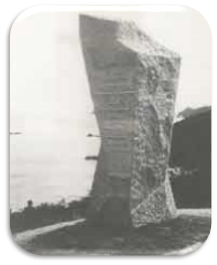 The Patton collection consists primarily of materials about escape and evasion of Allied military members in occupied areas during World War II.  The collection contains information about various resistance movements in occupied areas and the work of the Air Forces Escape and Evasion Society (AFEES) co-founded by Ralph K. Patton in 1964 to document wartime experiences and reunite Allies fighters with the local underground resistance members who aided them.

IMAGE NOTE: Photograph of a memorial to members of the French Underground from MS 54, Add 7