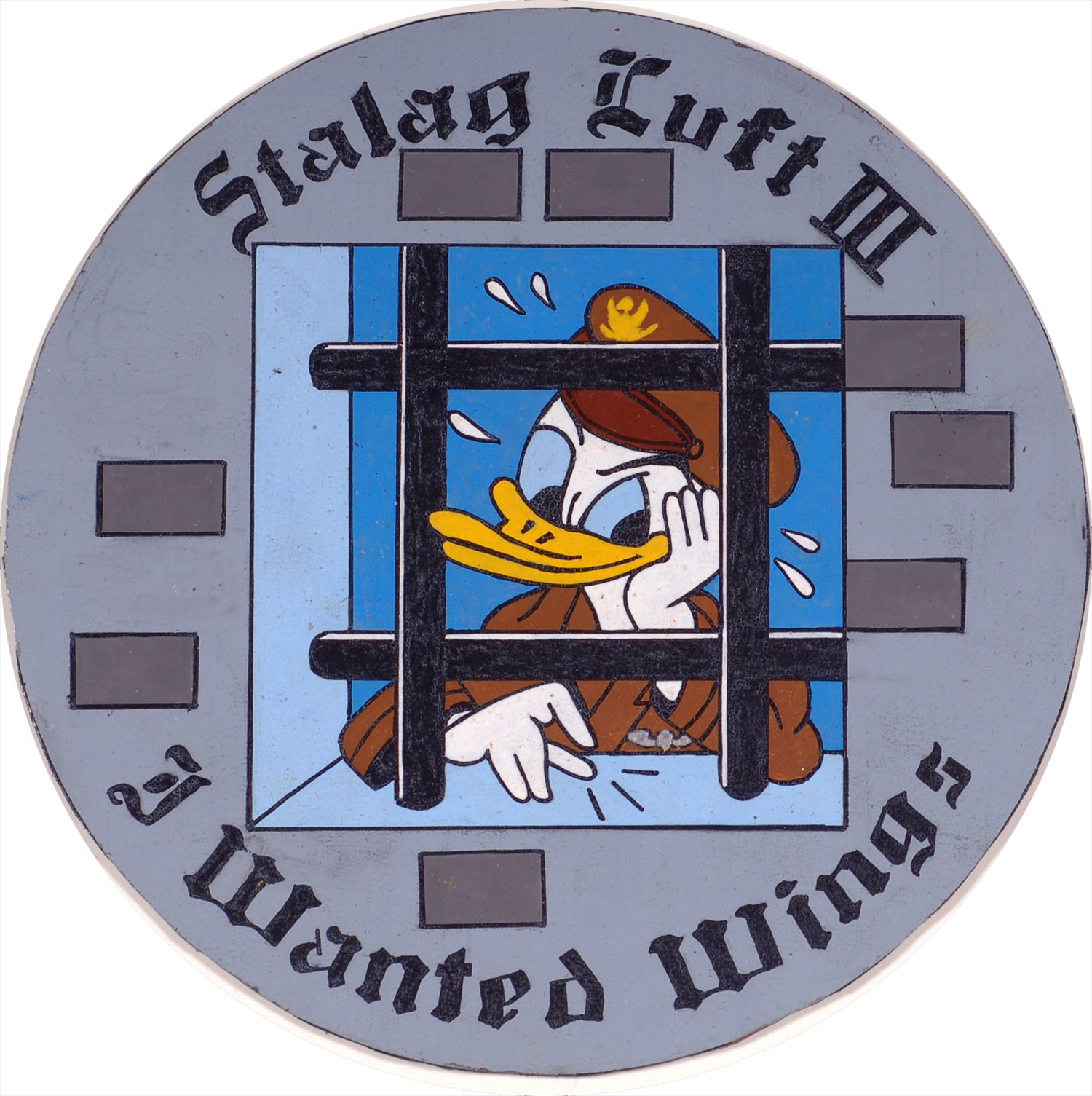 Stalag Luft III was a prison camp run by the German Luftwaffe to hold Allied prisoners captured from downed aircraft during World War II. It was located in current day Poland. Almost 1,000 separate donations of personal papers and memorabilia make up these collections and the Air Force Academy was designated as the official repository of the records for the "Prisoner of War of Stalag Luft III" organization when it disbanded in 1998.

IMAGE NOTE: Photograph of a patch from a Stalag Luft III ex-POW reunion based on a sketch made in camp by Emmet E. Cook.