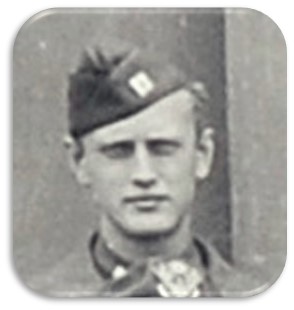 An album of memorabilia documenting Colonel Schmucker's time as the Staff Weather Officer with the 355th Fighter Group, 8th Air Force, while it was active in the European Theater of Operations during World War II. He documents both his work life and the leisure activities of the military members on oversees assignments.

Letters and reports from the album are also digitized and posted separately.

IMAGE NOTE: Image is a c​loseup of "Foggy" Schmucker, from a group photograph in his album taken in England c. 1943.