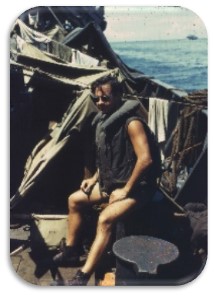 The Fred Hill Collections consists primarily of 35mm color slides dating from 1943-1945 depicting an airman's life in the Pacific Theater during World War II. The photographs cover activities in New Guinea, the Philippines, le Shima, Japan, and Manila. He also photographed the airplanes used at the time.  Most photographs were taken by Sgt. Hill when he was serving as the Photography Lab Chief, 17th Reconnaissance Squadron, 71st Reconnaissance Group, 91st Wing, 5th Air Force, during World War II.

NOTE: Re-use of any of these images must be accompanied by the acknowledgement "Photograph by Fred Hill."