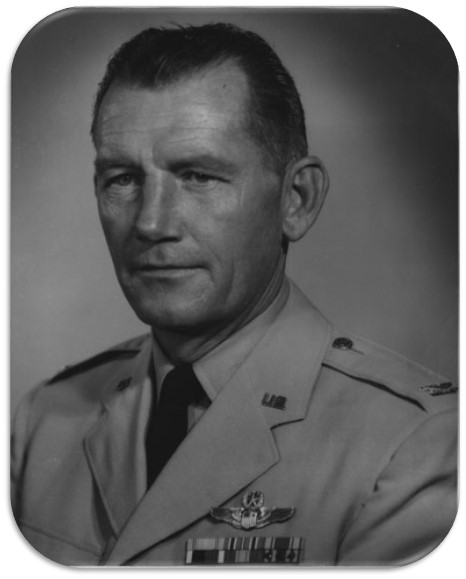 Colonel Jasper Alton Westbrook was born in December 1916 in Corsicana, Texas. He graduated from Louisiana Tech in June 1940 with a B.S. in Mechanical Engineering. Shortly after, Westbrook joined the U.S. Army Air Corps as an aviation cadet. He graduated from the Gulf Coast Air Corps Training Center and was commissioned at Brooks Field, Texas, in September 1941. He served at various training command bases in instructor and command positions. Colonel Westbrook was released from active duty in the Reserves in 1946 but received a regular Air Force appointment as a Lt Colonel in 1947. He was transferred to the U.S. Air Force Academy in 1957 as the first Base Commander. He played a prominent role in the construction of the Academy's facilities. After leaving the Academy in 1960, he served in several other duty stations until his retirement from the U.S. Air Force in 1969. He passed away in November 1986.