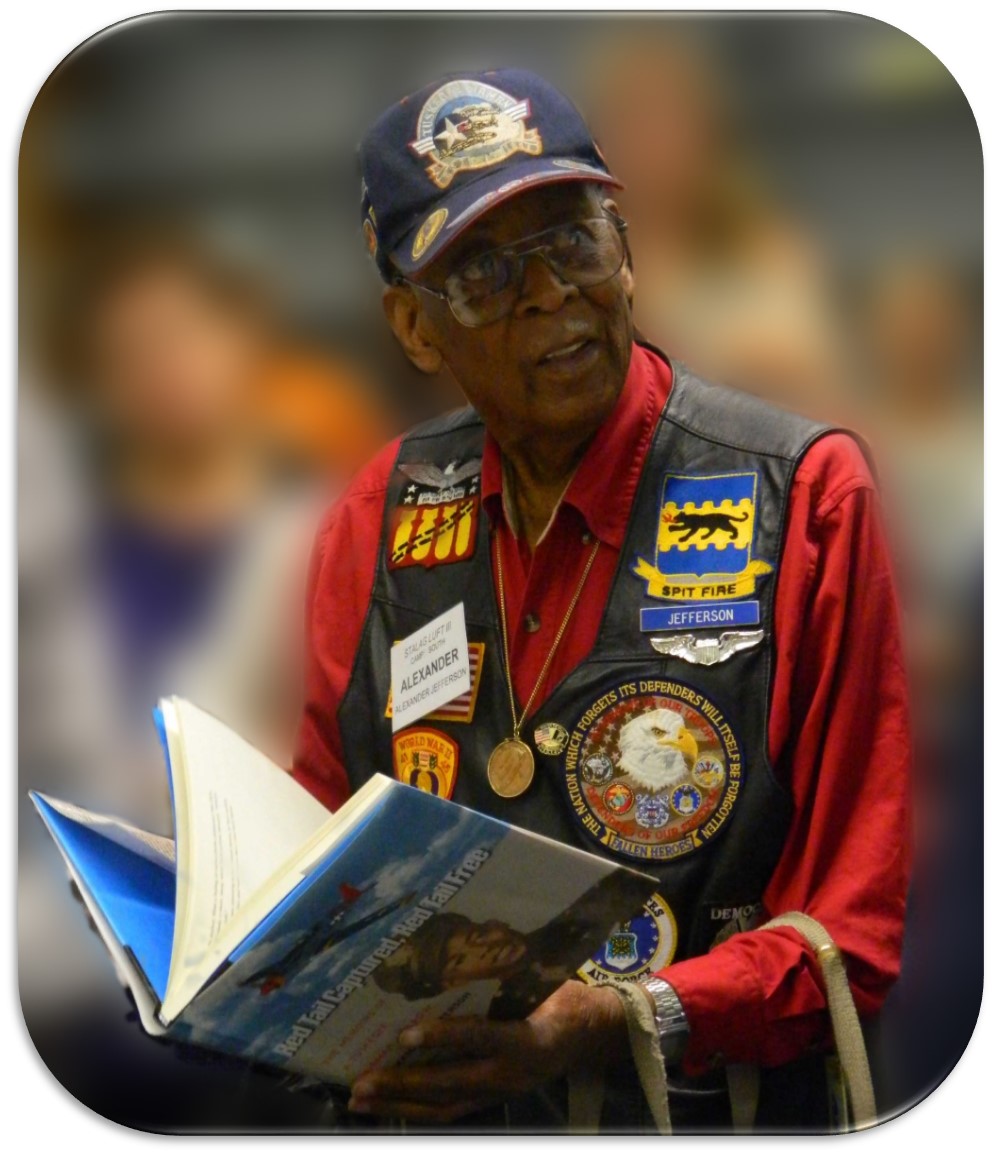 Lieutenant Colonel Jefferson was a Tuskefee Airman and a Second Lieutenant in the U.S. Army Air Force during World War II. He flew with the 332nd Fighter Group and was shot down and captured by the Germans in August 1944. He was detained in Stalag Luft III and later Stalag VIIA. Most of the materials in this collection are drawings from the notebook he kept as a prisoner of war. Lt Colonel Jefferson published an account of his wartime experiences in Red Tail Captured, Red Tail Free: Memoirs of a Tuskegee Airman and POW.

IMAGE NOTE: Photograph of Alexander Jefferson speaking at a Stalag Luft III reunion at the U.S. Air Force Academy in 2013.