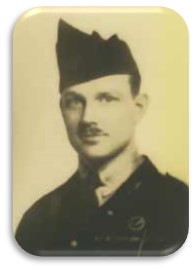 After World War I, Dolan was stationed in Florida snd placed in charge of Air Training Systems. He left the military in 1920 but, at the request of General Billy Mitchell in 1921, Dolan want to China and served as the Chief Air Advisor to the Chinese government. He returned to the U.S. in 1924 and worked with various congressional committees on airline safety issues including conducting feasibility studies for plane service between the Hawaiian islands and assisting in the development of the original charter for the Civil Aeronautics Administration.

Dolan was recalled to active duty during the Korean War and assigned to the Military Airlift Command as the Air Force representative to the Sperry Corporation. He retired from the U.S. Air Force with the rank of Colonel at age sixty. Colonel Dolan continued to speak about the aviation industry, share his pioneering flight experiences, and serve as a representative to various Lafayette Escadrille activities until his death in 1981.

This collection contains military orders, papers, and flight logs pertaining to Dolan's service in the Lafayette Escadrille and the United States Air Service. Also included is an assortment of awards and decorations along with photographs of Dolan throughout his military and civilian careers. Papers include correspondence, speeches, manuscripts, and oral histories.  Topical files within the collection detail Dolan's service with the Lafayette Escadrille, his assistance to the Chinese government, and his work with the United States Congress.