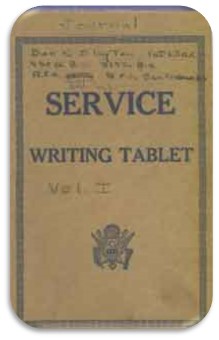 Donald K. "Deke" Slayton flew B-25s with the 340th Bombardment Group in Europe during World War II. After 56 combat missions he returned to the United States in 1944 as an instructor. In April 1945, he was sent to Okinawa with the 319th Bomb Group and flew seven combat missions over Japan. He served as a B-25 instructor for a year following the end of the war but then left the Air Force to enter the University of Minnesota. He became an aeronautical engineer and worked for Boeing Aircraft before being recalled to active duty in 1951 with the Minnesota Air National Guard. In 1955 he started test pilot school at Edwards AFB, California, and was a test pilot there from 1956-1959. From 1959-1982 Slayton worked intermittently with NASA as an Air Force officer and civilian. He was chosen as one of the original Mercury Seven astronauts in 1959, but was grounded for medical reasons. He then flew on the Apollo-Soyuz Test Project (ASTP) in 1975 and spent over nine days in space. He died in 1993 in League City, Texas.

Clark Special Collections has two of his diaries as a pilot in the Air Force and Air National Guard. His other papers are archived with NASA.

IMAGE NOTE: Cover of a Slayton diary from SMS 1445.