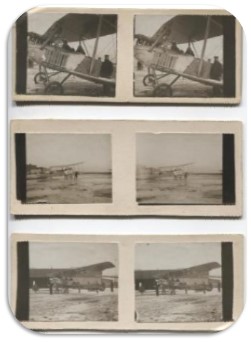 Special Collections Branch has a collections of material from the L'Escadrille Lafayette Flying Corps Association which represented World War I era American volunteers who flew with the French before America entered the war.  Several collections at the McDermott Library are donations from pilots and families of pilots who flew and served with the American Expeditionary Forces (AEF) when the United States officially joined the war in April 1947. These collections consist of memorabilia albums, personal letters, telegrams, and newspapers of the day. The Gimbel Collection contains many items from and about aviation during World War I and Clark Special Collections Branch also holds a copy of Colonel Gorrell's History of the A.E.F. Air Service 1917-1919 on microfilm rolls.